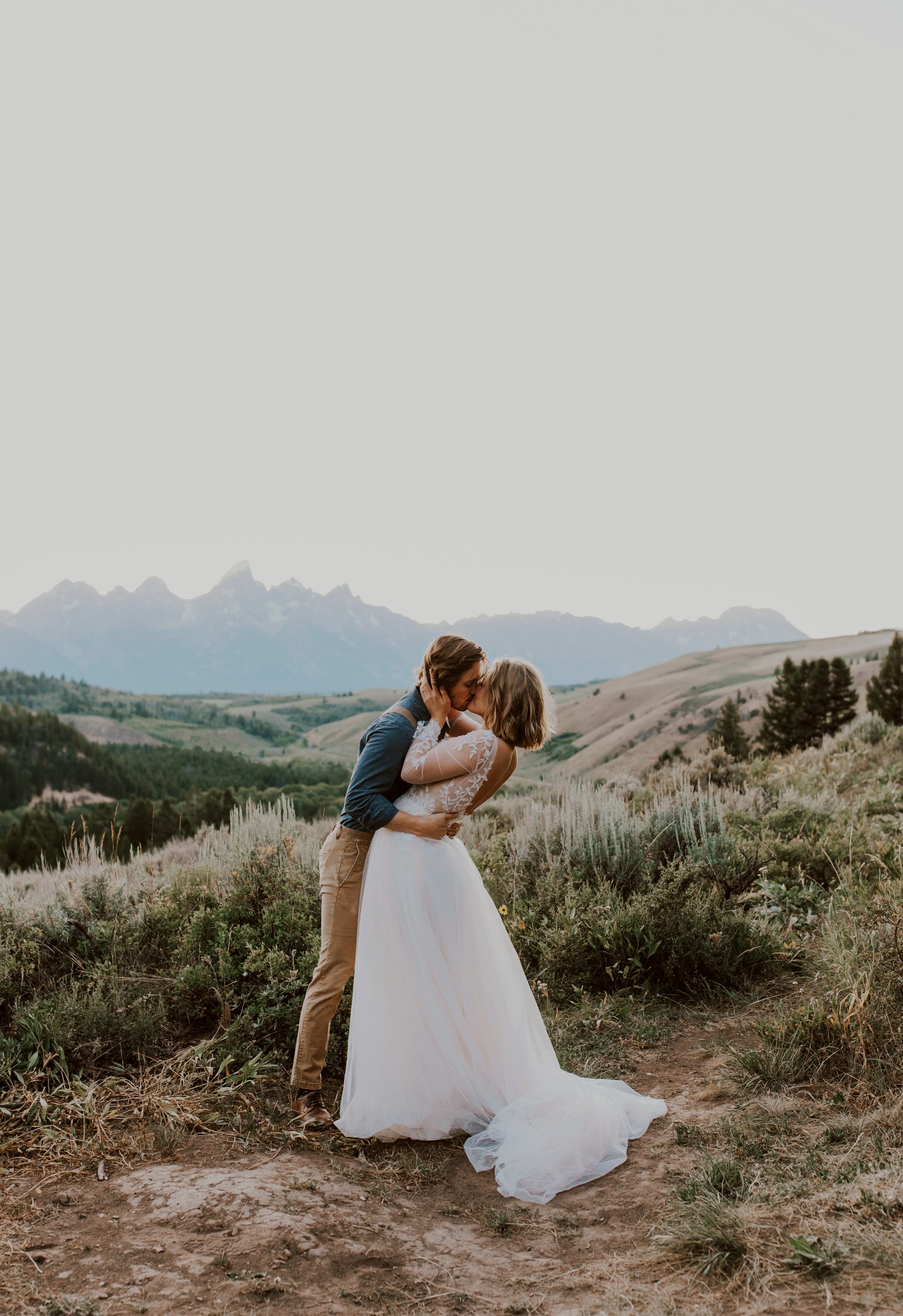 The Best Places to Elope in the PNW, listed by State, for adventurous lovers who dream of Eloping in the PNW, surrounded by the best the natural world has to offer.

There’s nothing quite like the Pacific Northwest, from its towering forests to its rugged coastlines, wild mountains to breathtaking glaciers. If you’re a fan of adventure and of the amazing natural spaces the US has to offer, you’ve no doubt visited the PNW (or dreamt of visiting!). The same things that make the PNW such an amazing place for an adventurous holiday are what make it one of the best areas to elope in the US. To help you plan something truly incredible, I’ve put together a list of some of the Best Places to Elope in the PNW, grouped by state.

BEST PLACES TO ELOPE IN THE PNW | ELOPING IN THE PNW

Eloping in the PNW: Idaho

Idaho might not be the first place that comes to mind when you picture yourself Eloping in the PNW, but it’s definitely worth considering! This beautiful state is home to wild mountain ranges, relaxing natural hot springs, alpine lakes, and so much more. You’re much more likely to have your chosen elopement location to yourself, as Idaho’s national forests and parks tend to be a lot less crowded than other areas of the Pacific Northwest.

If it’s a ‘true’ elopement you’re after, Idaho is one of only a handful of states that allows legal weddings to occur without a witness. Plus, in most counties, you can pick up your Idaho marriage license on the same day, as long as the County Recorder’s office is open. Just bring along your social security number, proof of ID and about $30 in cash.

Best Places to Elope in Idaho

Best Places to Elope in Oregon

Oregon is one of the PNW’s most famous states and well, there’s good reason for that. From its wild coastline to towering forests, Oregon’s epic landscapes make an incredible backdrop for any elopement. While Oregon is famous for places like Cannon Beach and Mount Hood National Forest, it’s also home to other landscapes that might surprise you. The Alvord Desert is more reminiscent of drier Southern states, while the Painted Hills feel like something from another planet.

To elope at any of these amazing locations in Oregon, you’ll need to apply for your Oregon marriage license which you can do online. Be sure to pick it up 3 days before your ceremony though, as it will only be made valid after 72 hours. Alternatively, you can pay a $15 cash fee at some County Recorder’s office to waive the waiting period.

Best Places to Elope in Oregon

Where to even begin for Elopement Locations in Washington… Washington, also known as the Evergreen States, is perhaps the state where you are most spoilt for choice. If you’re dreaming of an adventurous PNW elopement, you can choose between glaciers, mountains, volcanoes and more. Washington is particularly famous for its beautiful, moody landscapes, which I think are especially beautiful along the coast at elopement locations like La Push Beach and the San Juan Islands.

If you’re eloping in the PNW, and you’ve chosen Washington as your destination, you’ll need to get your Washington State marriage license at least 3 days before your wedding – and there is no option to pay to have that time waived. Your marriage license will cost $70 and is valid for 60-days after it’s issued.

Best Places to Elope in Washington

If you love the highest of mountains and crystal-clear lakes, then you’ll probably believe that the Best Places to Elope in the PNW are in Montana. Glacier National Park is no doubt one of Montana’s most popular elopement destinations, and for good reason. A day spent exploring the trails and the lakes along Going-to-the-Sun Road is always truly beautiful. That said, it’s worth checking out a few of the other elopement locations on this list – especially if you’re the kind of people who prefer to avoid a crowd.

To get married in Montana, you’ll need a marriage license from the county Clerk of the District Court. At the time of publishing, the license costs $53 in cash, but it’s available to use as soon as you get it! The only thing to keep in mind is that you’ll need two witnesses and an authorized wedding officiant to make it official.

Best Places to Elope in Montana

Best Places to Elope in the PNW: Wyoming

Unfortunately, one of Wyoming’s most popular adventure elopement destinations, the Grand Tetons National Park, has recently made it fairly difficult to get married there. (learn more about the park’s wedding and commitment ceremonies page here). That doesn’t mean you should discount this amazing state though! It’s still home to some seriously beautiful PNW Elopement Locations, especially Yellowstone and Jackson Hole. Wyoming’s mountain ranges are truly breathtaking, and are home to an abundance of wildlife and wildflowers which make it that much more special.

If you decide your Best Locations to Elope in the PNW are in Wyoming, then you’ll need to appear in person at a County Administration Building to get your Wyoming Marriage License. Bring photo ID, a completed Marriage License Questionnaire and $30 in cash.

Best Places to Elope in Wyoming

Are you planning on eloping to the PNW and looking for more information about the Best Places to Elope in the PNW? I’d love to help you plan something incredible and unique to you, and photograph your day so you can look back on it for life. Just get in touch to find out more!

Did I miss one of your favorite PNW Elopement Locations? Let me know in the comments below!